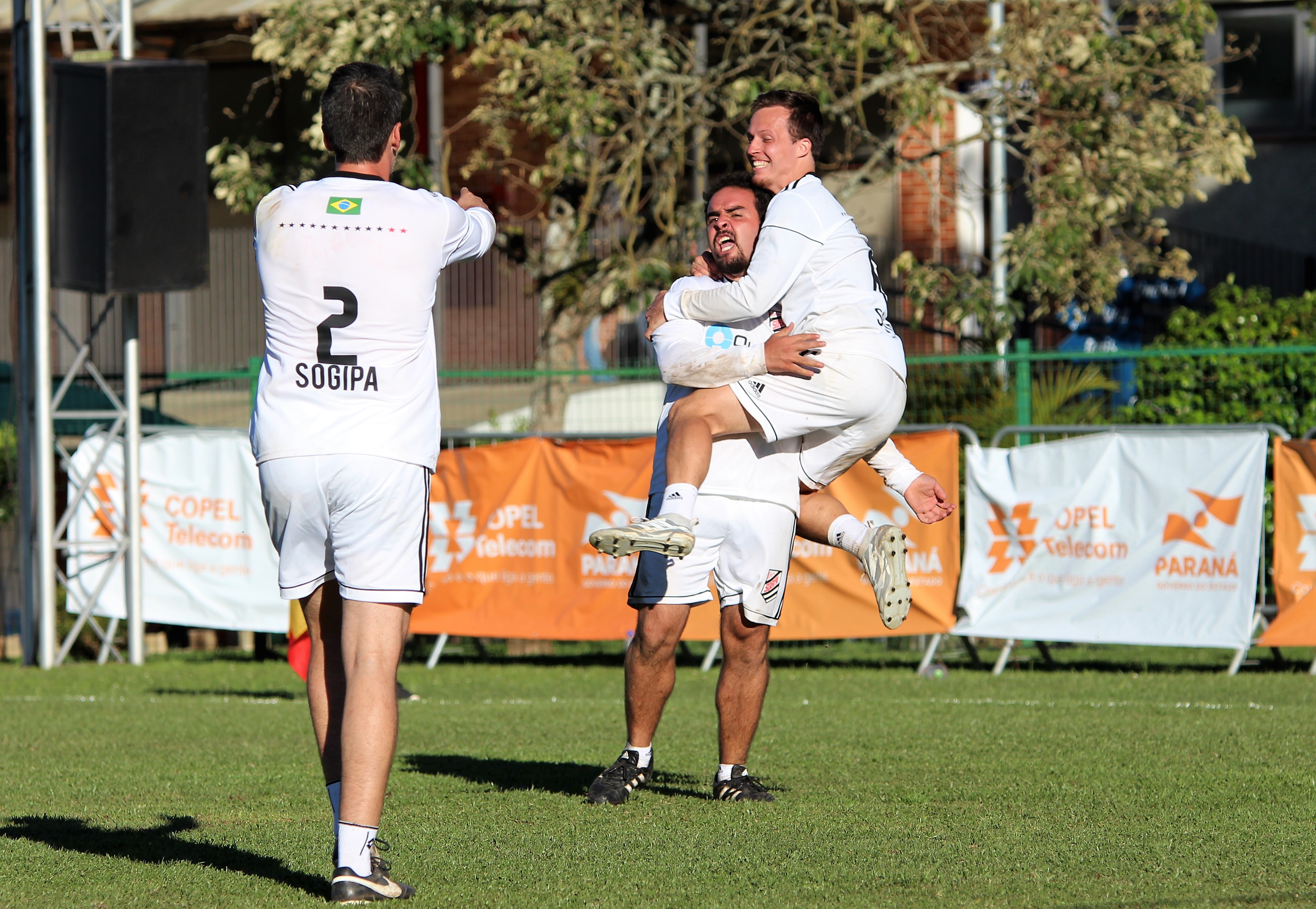 What a high-class and tight first final of the IFA 2017 Fistball World Cup. South American champion Sogipa won 4:2 against the European Club Champion from Pfungstadt, who again had to compete without the Patrick Thomas injured at the World Games 2017.

Strong winds, a fantastic crowd of spectators and difficult ground conditions after the rains of the past days – that was the framework for the first of two finals in Curitiba (Brazil).
The first three sets went to Sogipa. Pfungstadt won in sets #4 and #5, and despite a 9:7 lead in set #6, the team could not win the set

Vinícius Goulart, Sogipa: “The first step to win the Fistball World Cup is done, we played exactly what we practiced. We are very happy of the victory today. We know there is a new day and a new match tomorrow and we have to give 100% again for the second match to win the World Cup.”

Rodrigo Sprandel, Sogipa: “Today we won because we really wanted to win this match. We started very well but after the 3:0 in sets we stopped playing fistball. Pfungstadt also got better and better. In the 6th set we looked in our eyes and we said ‘Now let’s do it’ and it’s amazing we really did it. If it would have come to a 7th set I don’t know what the result would be.”

Ajith Fernando, Pfungstadt: “It was a very close match. The difference was that Rodrigo Sprandel made the point in important moments. Unfortunately, we have not always succeeded. We need to play more compact and more consistent tomorrow. Today’s game was very difficult due to the wind, but that must be better. We have to play more than a team again and we’ll give it back tomorrow. “