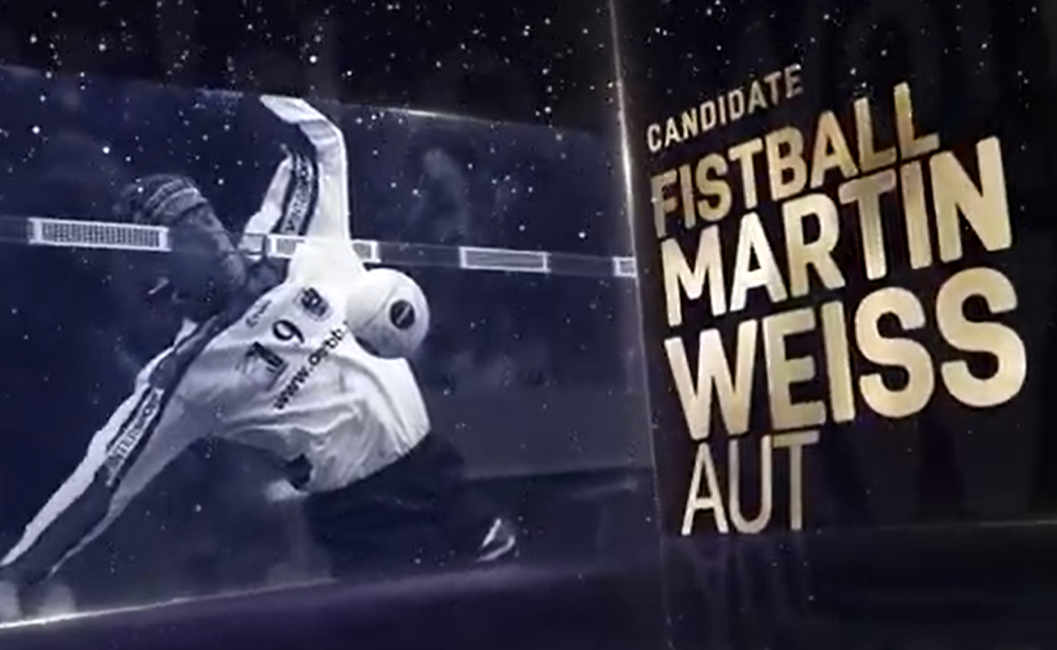 Martin Weiß (AUT) won over 10 national championships, 8 continental title, and 3 World Tour titles during his carrier. At The World Games 2001 and 2005, Weiss´s team won the first international titles for Faustball Austria with Weiss as their no. 1 striker. In 2007 his team claimed Austria´s only World Championship title to this day. Weiss started working as head coach for the Austrian national team in 2016, and led it to bronze at the World Games 2017 and silver at the World Championships 2019.

When the voting begins on 8th January 2021, the public audience can vote daily, everyone once per 24 hours, for their favourite. Like last year, they will also need to vote for another candidate at the same time. “The first candidate they choose gets two votes, and the second candidate one vote. We started with this initiative a year ago, in order to get The World Games family to know each other better; after choosing your favourite, you will choose a candidate from another sport too. This way you will get to see who else is there and with what kind of background story,” Communication Officer Anna Jacobson explains.

The voting ends on 1st February, but 20th January is an important milestone: on Wednesday 20th January 2021 at 16:00 CET, only the10 highest ranked candidates at that time will continue in the race. They will keep the votes earned by then. At the end, the three best athletes will be awarded with a trophy.