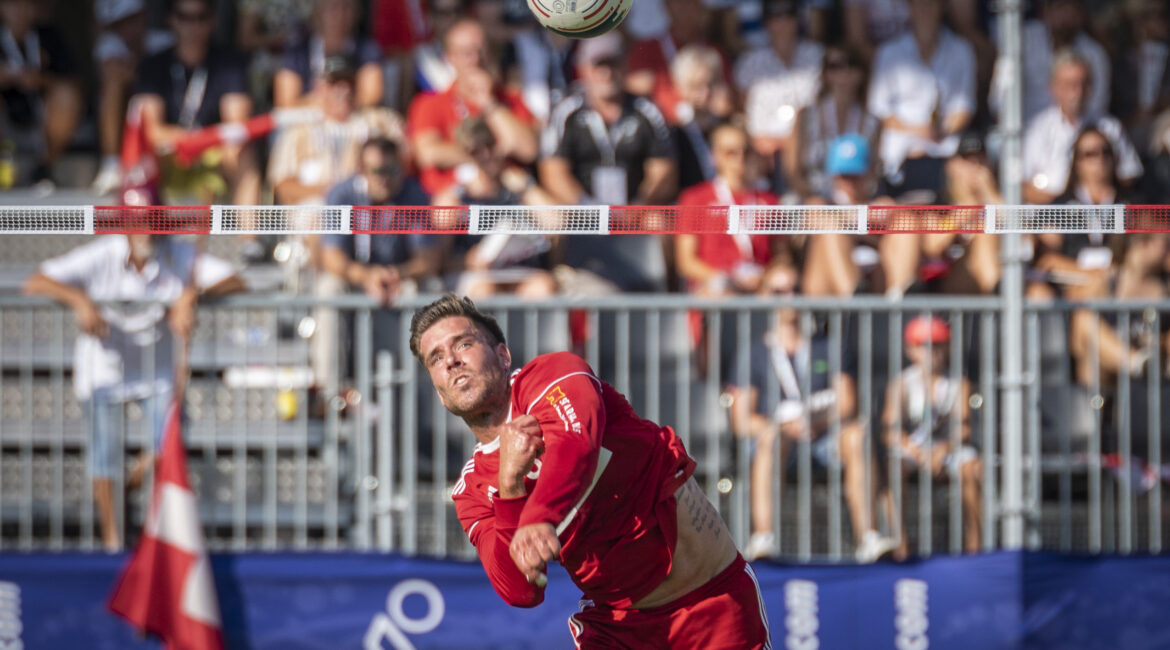 WINTERTHUR. The 15th Fistball Men’s World Championship has begun with some excellent Fistball played in front of 3100 spectators. Germany and Switzerland both won their opening matches with Namibia and The Czech Republic also winning both their preliminary games today. New Zealand had a nail biting win against Serbia and are definitely a team to watch.

While the game was a 3-0 win to the Swiss it was not as clear cut as the result suggests. Chile had some great attacking and defensive plays and were dominant in the first half of the third set. Unfortunately, they couldn’t make it count against a stronger Swiss side who consistently placed the ball in the midcourt which Chile found hard to defend. Switzerland showed their experience playing an intelligent game against the determined Chileans.

The Serbians won their first game this morning against Belgium but found tougher competition in the Kiwi team. The game was a close one with the match having to go to a fifth set and ending 12-10 to team New Zealand. The Kiwi captain Blase Dowell said “we came up against a very good Serbian side today and our team take a lot of confidence away from it. We feel like we didn’t play our best and will hopefully show that in upcoming games”.

Both teams played well with a five set game that saw Denmark win in the end. The older Australian team showed surprising energy and were lively against the younger Danish side. For reference the average age of Australia is 35 and Denmark 32. The second oldest team in the championship is Poland with an average age of 34.

All games are available live on www.fistball.tv
Further information and tickets: www.fistballmwc.com