Austria and Germany enter the Semi-Finals 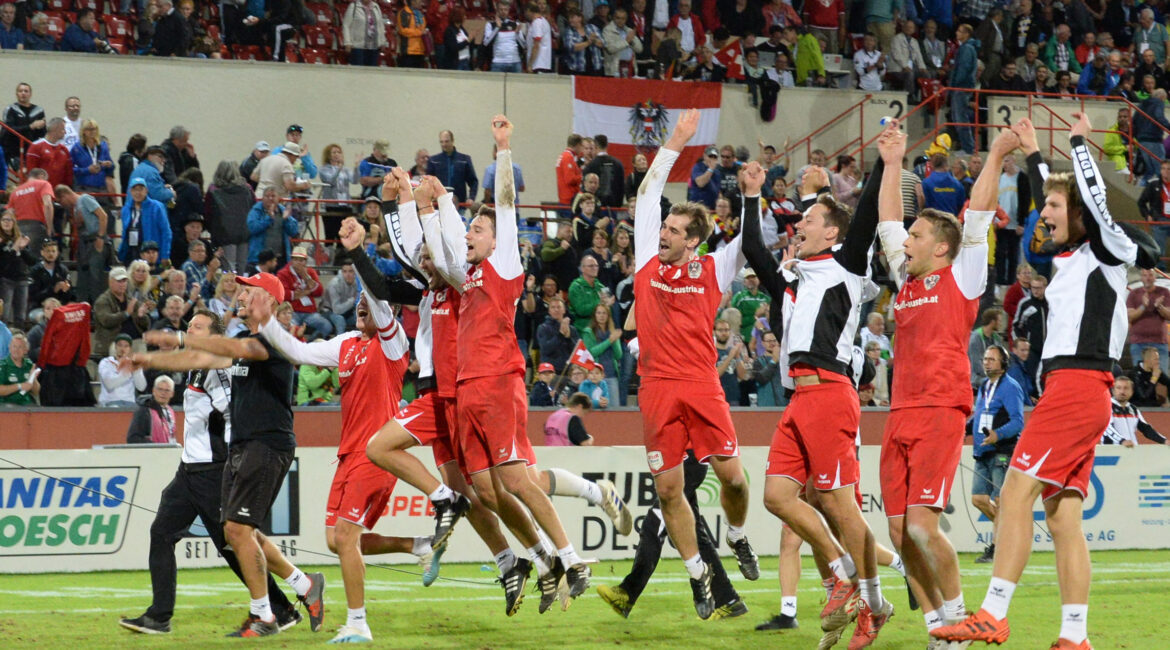 WINTERTHUR. Day five was a day of surprises with Switzerland losing to Austria, Serbia losing to Australia and Chile beating the USA. Germany and Austria both had great wins in their matches and both will proceed to the semi-fianls. They will have to wait until tomorrow at 1200 and 1315 respectively to find out who they will play. Switzerland will face Italy at 1200 and Brazil will have to play Chile at 1315 so we will have to wait until then to see which teams will go through to the semi-finals tomorrow night.

Will it be Switzerland, Brazil, Italy or Chile who go through to the semi-finals?
Brazil and Switzerland are the favourites to play Germany and Austria in the semi-finals. However particularly Chile have played fantastic fistball so far and cannot be discounted.

Germany still undefeated
Germany have still only lost one set in this competition so far and that was to Austria on day three. The German team were dominant today playing sensational fistball against Brazil. Germany played like the champions they are predicted to be, beating the Brazilians in straight sets.

Austria play fantastic fistball
Austria also played like champions coming out firing on all cylinders to smash the host team. Switzerland were overwhlmed by the form of the Austrians and, in turn made unforced errors costing them more points.

President’s Cup
With a shock loss in their first game of the day Serbia still manage to face off against Poland for the President’s Cup. The rankings are based on all games to date and so Serbia manage to get the opportunity still. Japan will face The Netherlands at 1430 for 17th place, Belgium will play against Australia for 15th and Serbia will fight Poland at 1700 for 13th place and the President’s Cup.

All games are available live on www.fistball.tv