Favorite victories at the World Tour Finals in Salzburg 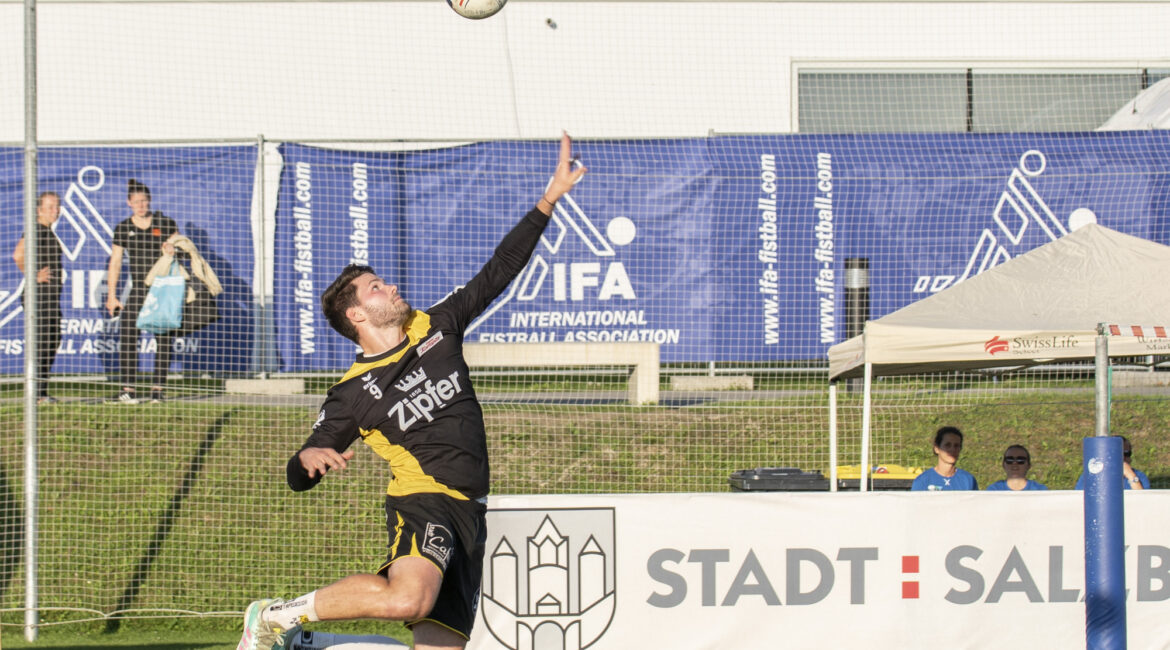 SALZBURG. On the first day of the Fistball World Tour Finals, the favorites prevailed. In the Men’s competition Pfungstadt and Novo Hamburgo showed a power demonstration and advance to the semifinals. In the women’s tournament Dennach and Duque de Caxias were unstoppable.

Pfungstadt and Novo Hamburgo invincible
Last year’s winner Novo Hamburgo from Brazil was able to win new edition of the Gold Medal Match from 2018 against Wigoltingen surprisingly clear. In the South American derby between Novo Hamburgo and Duque de Caxias, the reigning champion continued the run of success and enters the semi-finals without losing a single set. Also Pfungstadt (GER) marches into the semi-finals with two 3-0 wins against Vaihingen / Enz and Vöcklabruck. Elgg-Ettenhausen and Vaihingen / Enz already lost twice today, therefore the tournament is already over for them.

Duque on the best way to defend title
Duque de Caxias proved the supremacy in the international women’s fistball once again. Both Nußbach and Calw were overrun by the South Americans 3-0. The second semi-finalists are confirmed with the European Champions Cup winner TSV Dennach (GER). Surprisingly, the World Tour ranking leaders from Nußbach (AUT) are out for the rest of the tournament and so is Diepoldsau (SUI).

State of Salzburg supports the top event
Salzburg Councilor for sport Stefan Schnöll visited the venue to day and witnessed matchup of the world’s best fistball teams. “The sport of fistball has increasingly gaining popularity, and as Salzburg’s Sport Councilor I am delighted to welcome the top teams in our state this weekend. The World Tour Finals provide an important additional boost to the variety of sport in Austria,” said Schnöll.

Preview for Saturday
The second matchday is all about the quarter-finals and semi-finals. Below is the program for Saturday 14.9.

All games can also be watched live on www.fistball.tv