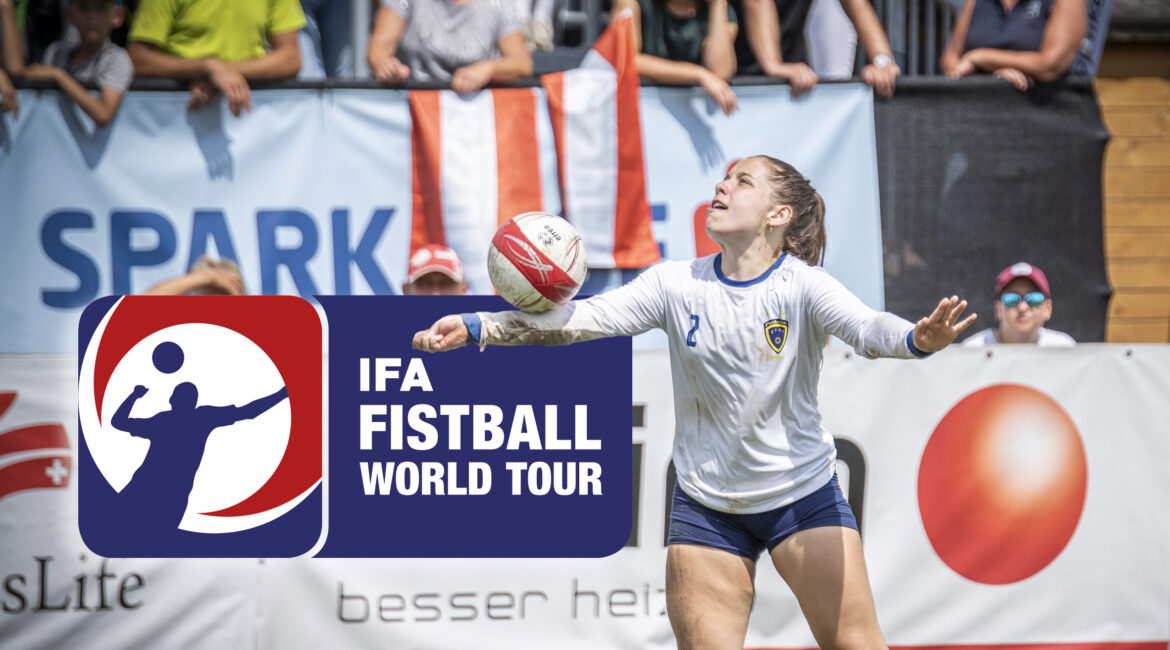 After a break of 2 years because of the COVID-19 pandemic the IFA Fistball World Tour re-starts again in 2022. The World Tour starts into a new round with a total of 25 tournaments worldwide. The tournament series kicks off at the beginning of March in Brazil, where the first teams will collect points for the annual World Tour ranking.

With Villa Ballester in Argentina, Rohrbach and Hirschbach in Austria three new tournament organizers make their debut on the tour calendar for the new season of the IFA Fistball World Tour. This year again more than 100 teams have the possibility to participate in 25 tournaments worldwide. The tournament series starts and ends in South America in 2022. The new season begins on 5 March with an IFA 250 tournament of Clube Merces in Curitiba (BRA). Clube Duque de Caxias will also host the World Tour Finals 2022 from 6-9 October. The World Tour season 2022 ends in Chile with an IFA 250 tournament on 19 November in Santiago de Chile.

“We are very glad to celebrate the re-start of the Fistball World Tour in 2022 after a two-year break. The Fistball World Tour is constantly evolving. We have integrated the feedback of the clubs and hosts and made some changes. New is that with the IFA 250, 500 and Major there are now only three tournament categories. We are very happy about the positive development of the World Tour series and are looking forward to an exciting 2022 edition. We are very glad that the World Tour will be carried out on four continents. It is particularly great to see that we have another World Tour host in India and Australia in addition to the proven World Tour events and major tournaments in South America and Europe,” says Winfried Kronsteiner, chairman of the IFA Sports Commission and co-founder of the World Tour.

Verleger: “World Tour will be stronger than before COVID-19-interruption”

“The Fistball World Tour is developing very well and will return stronger than before the COVID-19 interruption. In 2022 we will again see many exciting tournaments around the world and the best teams will fight for the World Cup title at the World Tour Finals. For the first time ever these new finals take place in South America. We agreed with the hosts of the Brazilian Major tournaments in Novo Hamburgo and Porto Alegre that they host their tournaments right before the Final event. This will be a perfect preparation for all participating teams and gives the chance to collect points for the World Tour ranking to everyone. I am excited to see which teams can place themselves at the top of the world ranking this year “, says IFA President Jörn Verleger.