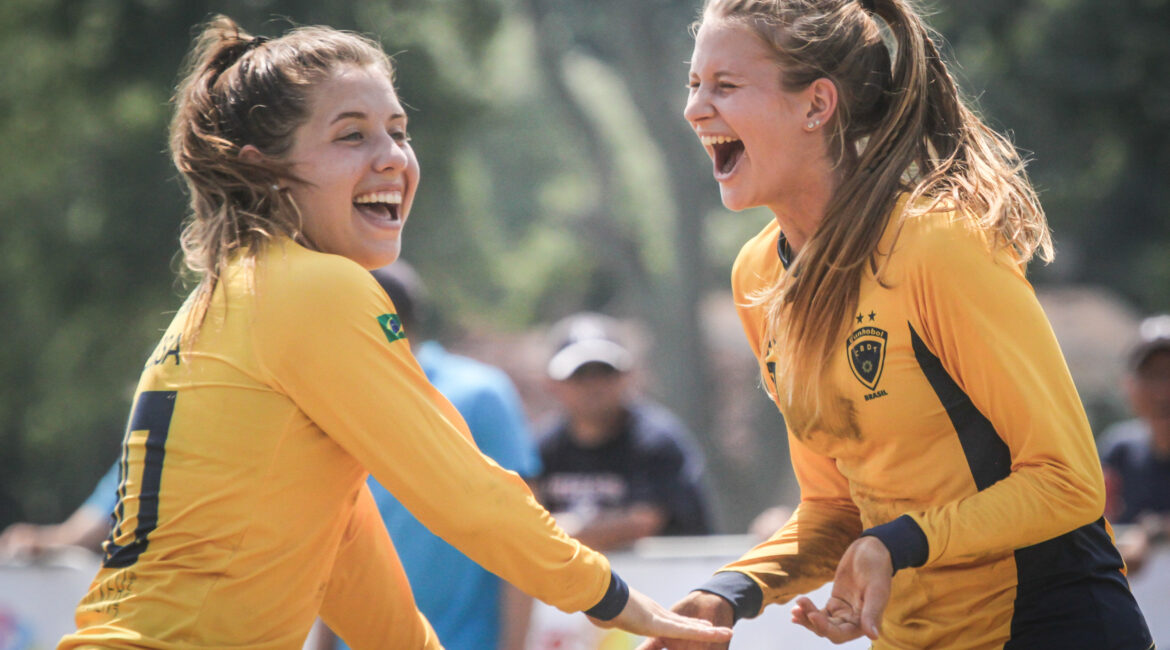 Brazilian defender Bianca Suffert has had a strong year: as a 15-year-old she won the Bronze medal with the Seleção at the IFA 2018 Fistball Women’s World Championship. Two weeks earlier, Suffert was a member of the team that took the second place at the U18 World Championship in the USA.

The success of the student from Porto Alegre does not come as a surprise – Suffert has been playing for the Brazilian national team since 2017; in 2014, she gave her debut for the U16 squad. Since then, Bianca has achieved numerous successes – both with the Seleção (seven South American Championships, among others) and with her club SOGIPA Porto Alegre (five continental titles, among others).

Suffert started playing fistball as a 7-year-old. Given that no less than eleven Suffert’s – including Bianca’s mother Michelle and father Gerson – had played for Brazilian national teams, this was also no coincidence. Fistball has been a key component of Bianca’s life ever since she can remember; already as a small child she attended tournaments to cheer for her parents. “The sport gave me the opportunity to travel the world, meet amazing people, opening more doors than I could imagine”, she says.

One of her journeys led her to Vaihingen, Germany, for the World Tour Finals where she finished fourth with SOGIPA Porto Alegre. Suffert shares an anecdote from that tournament, “The funniest memory that I have is from Germany in 2018. Our team was in the dormitory, and as always we hung our jerseys on different places in the room. One of the girls hung her jersey above a lamp (the lamp was off). We did not think about this until another girl asked if we could smell it burning (someone had apparently in the meantime switched on the lamp) – luckily we still detected it in time to prevent a fire. However, the jersey was damaged, so we needed to get another jersey for her. We asked all those who were still in Brazil, and a friend from Novo Hamburgo then brought the new jersey just in time.”

Bianca is also optimistic in terms of the future development of fistball, “I think the sport will grow and reach more countries, and maybe in the near future, become an Olympic sport.”