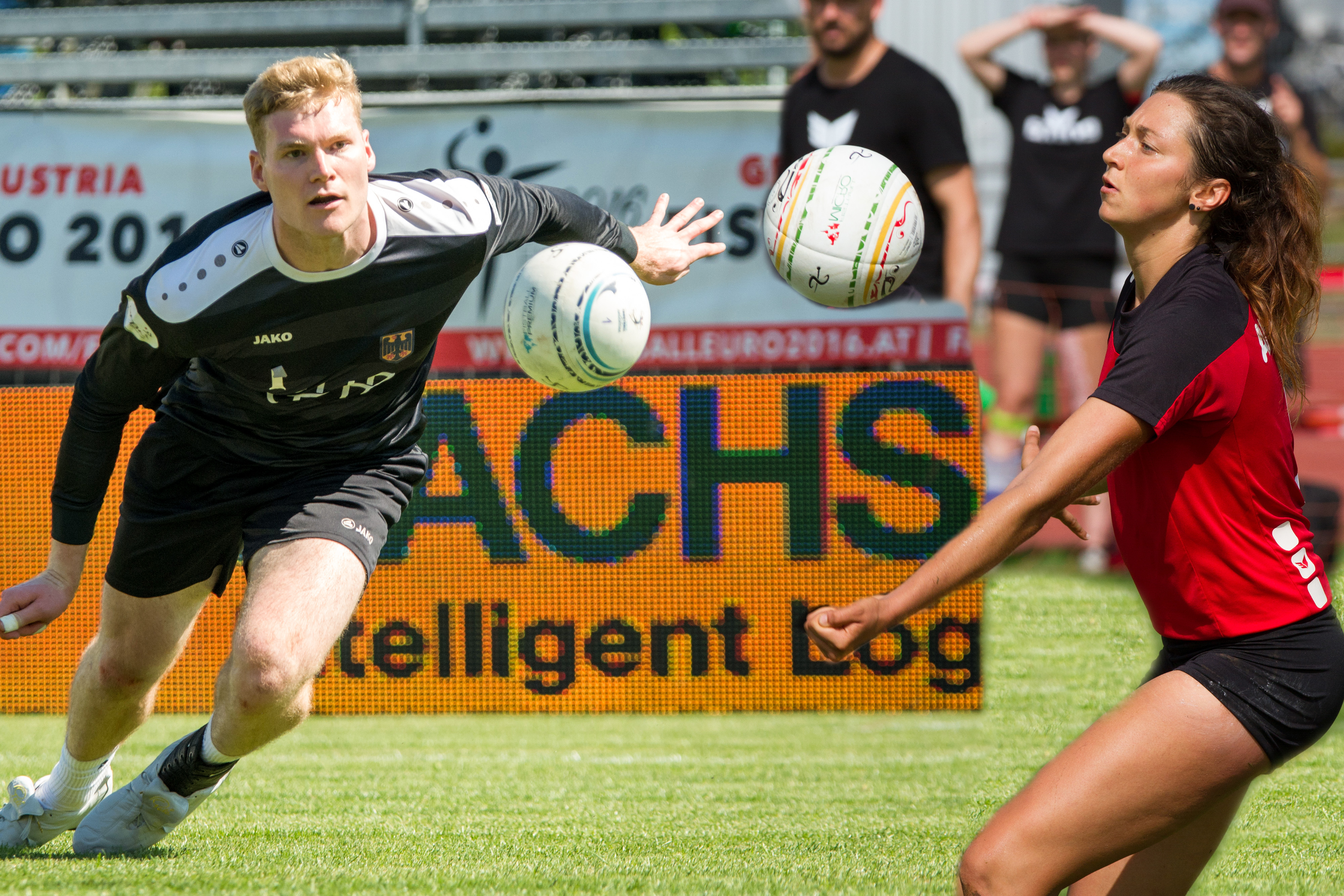 The International Fistball Association is pleased to announce that its Board of Directors have appointed Ines Mayer from Austria and Patrick Thomas from Germany as the first ever IFA Sustainability Ambassadors.

“The appointment of Ines Mayer and Patrick Thomas as our first ever Sustainability Ambassadors marks another important step in fulfilling our commitment to stage sustainable world events,” stated IFA President Karl Weiss.

Ines, who chairs also the IFA Athletes´ Commission, holds a master degree in Sport Science and will also be member of the Organizing Committee responsible for Sustainability of the IFA 2018 Fistball Women´s World Championships in Austria.

Patrick is becoming an engineer for construction and real estate management focused on environmental issues.

“We will now be better equipped to communicate our sustainability efforts e.g. the evaluation tools like the Sustainable Sport Event Toolkit provided by our partner AISTS,” stated IFA Secretary General Jörn Verleger

“I would like to thank the IFA Board of Directors for entrusting me with the role as IFA Sustainability Ambassador,” commented Ines Mayer on her appointment. “I am excited about combining my profes-sion and passion in order to mainstream sustainable practices into all aspects of Fistball worldwide,” stated Patrick Thomas.

Both players are members of their respective national teams and participated in several Fistball European and World Championships as well as The World Games.

In the upcoming week this year’s IF Forum will take place in Lausanne with the theme being INTERNATIONAL FEDERATION IMPACT – Leading the way towards a Sustainable Agenda. IFA will be represented by President Karl Weiss, Secretary General Jörn Verleger and Administrative Director Christoph Oberlehner.